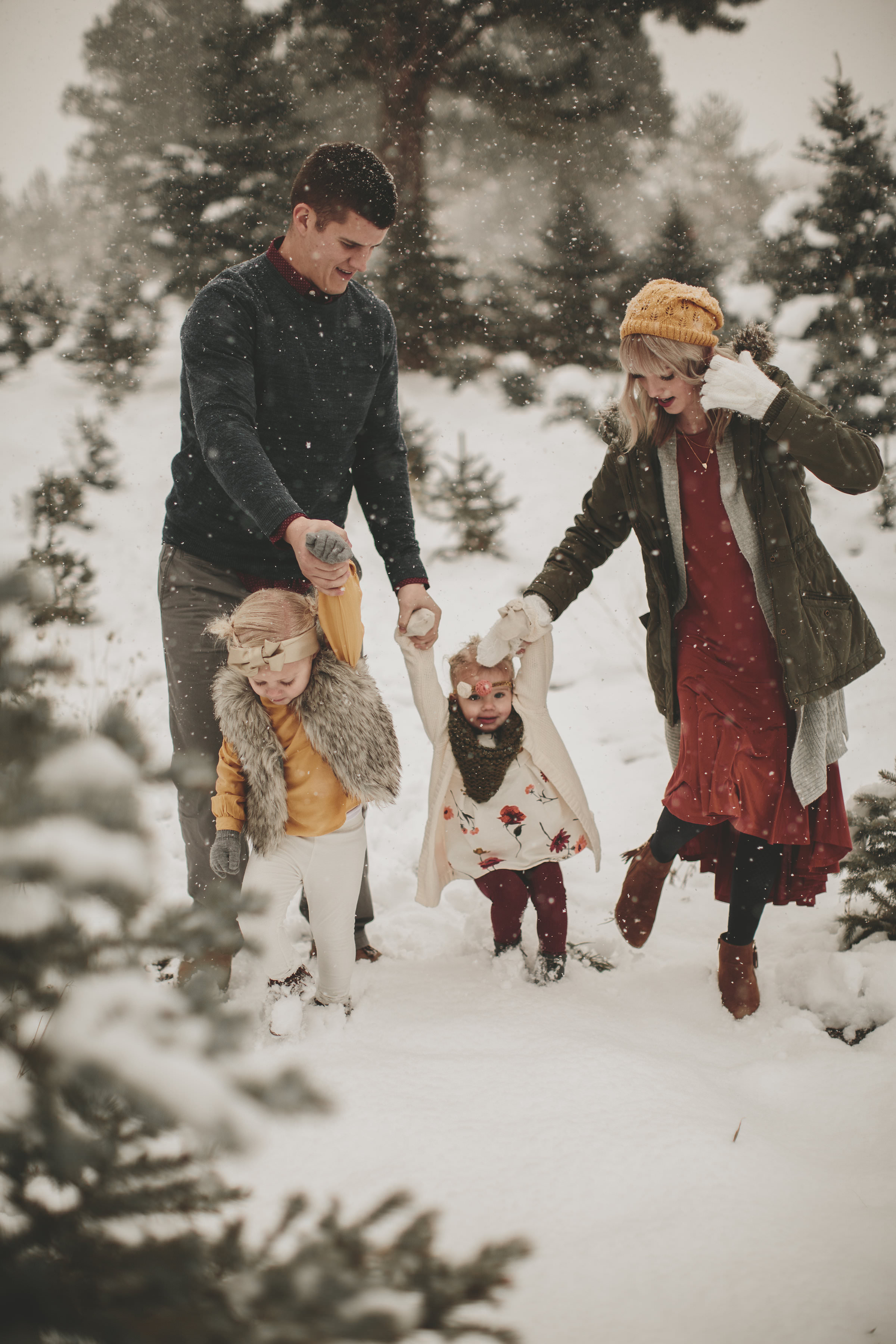 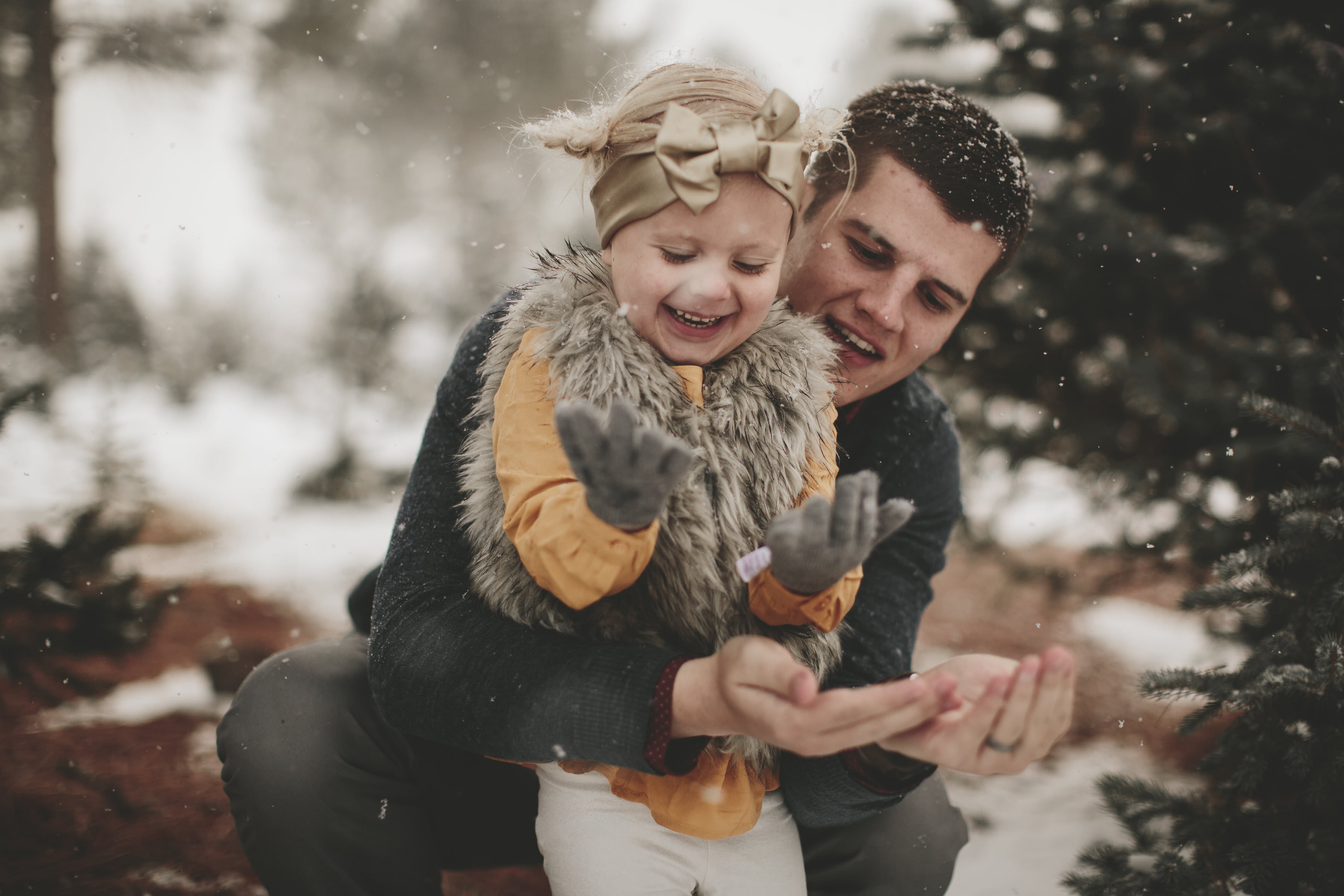 Also, Family pictures .. isn’t it about time? Other than our Christmas pj session – we haven’t taken family pictures since last year.  My current state (not being able to fasten my pants) makes me a highly uninterested in photos of myself.  And let’s face it, family pictures are basically just photos of myself and a few other people whose faces don’t really matter in the grand scheme of things. 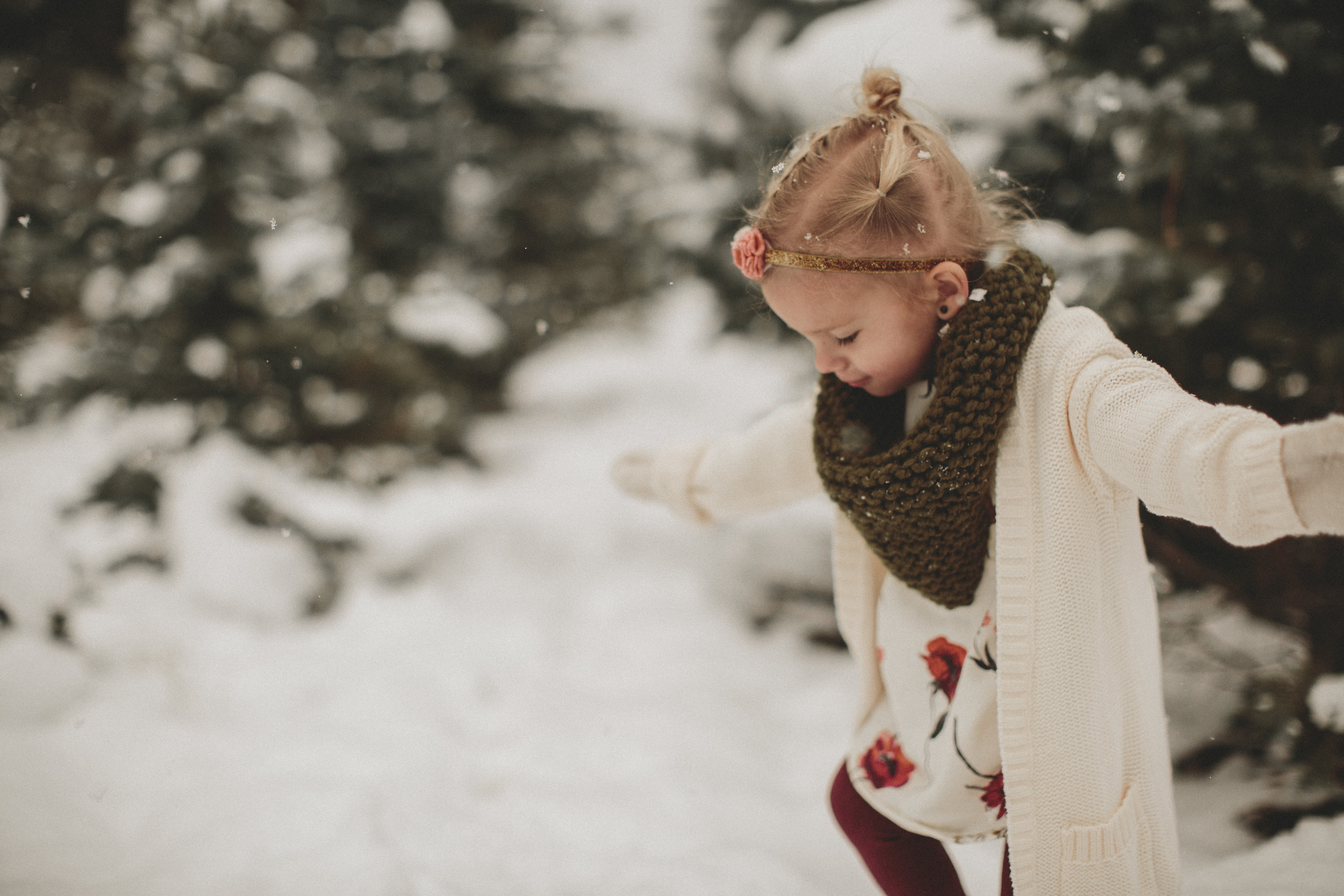 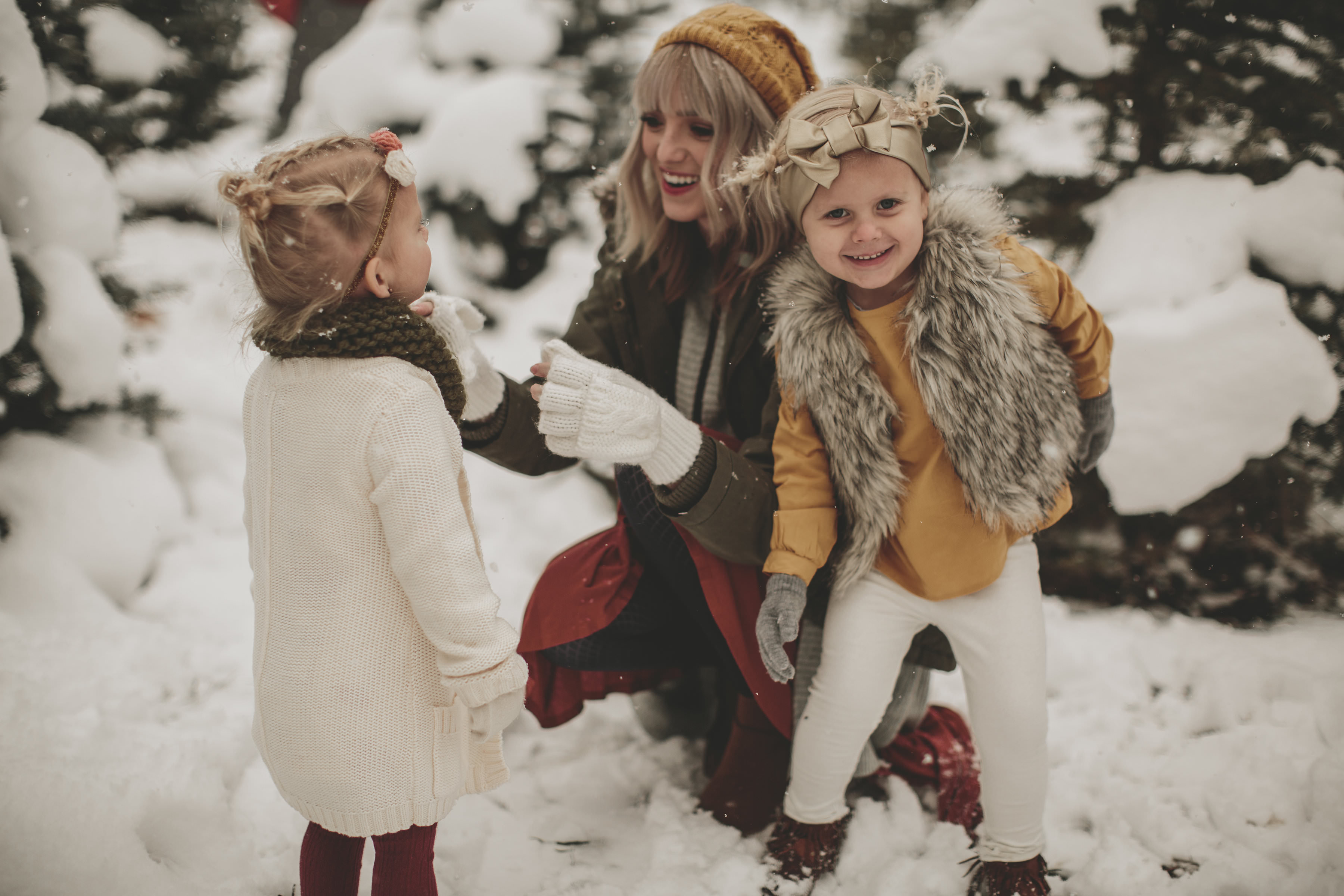 We did, however, take some stellar family pictures last winter that turned out amazing enough to last me two years! I had been wanting to do Christmas tree lot photos for a while so we decided to go for it.  Also, we thought we’d make them real authentic so we called up the weather man and asked him to drop a little extra snow for the occasion. If you need us to order some weather for you, let me know. We know a guy who knows a guy.  We’re kind of a big deal. 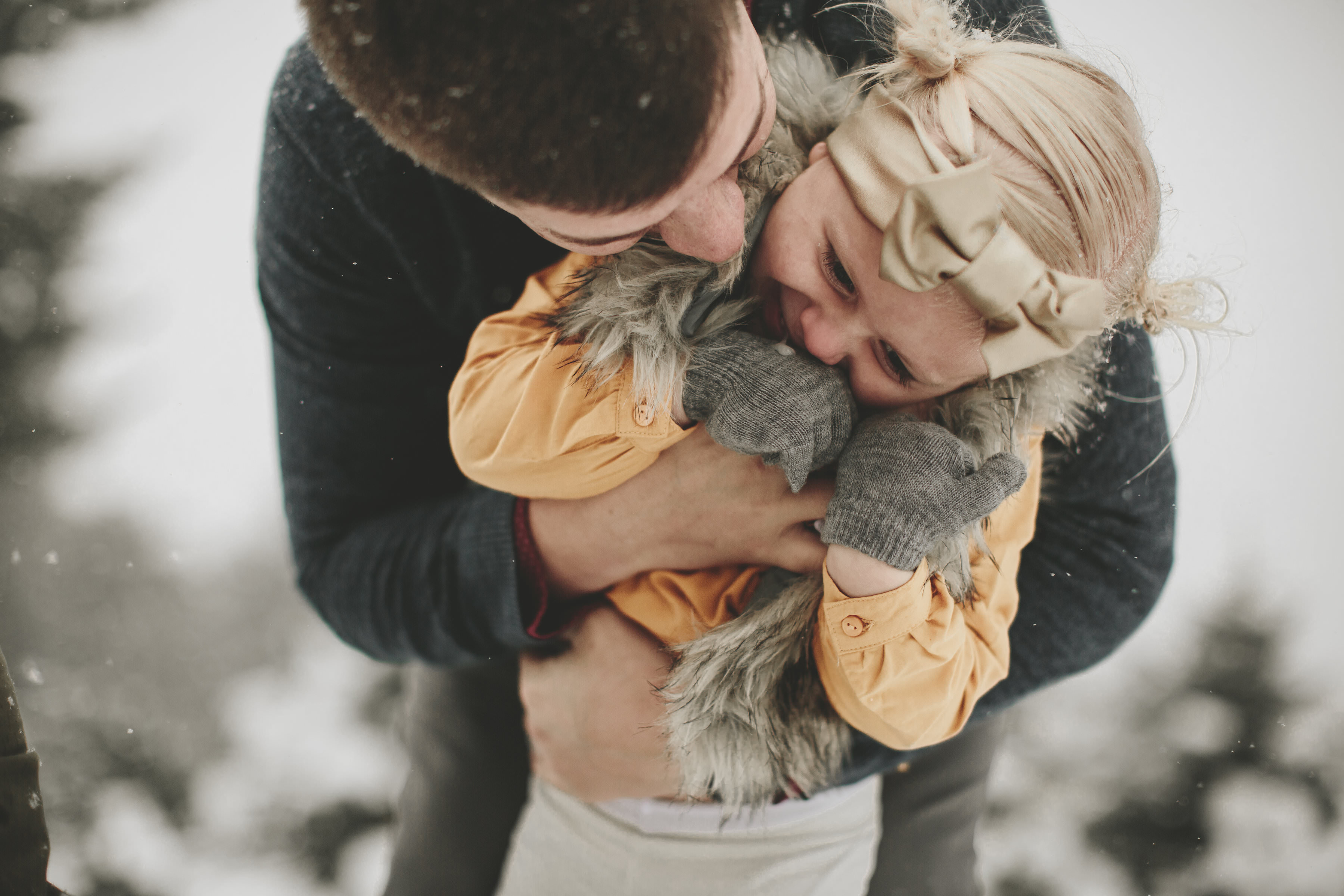 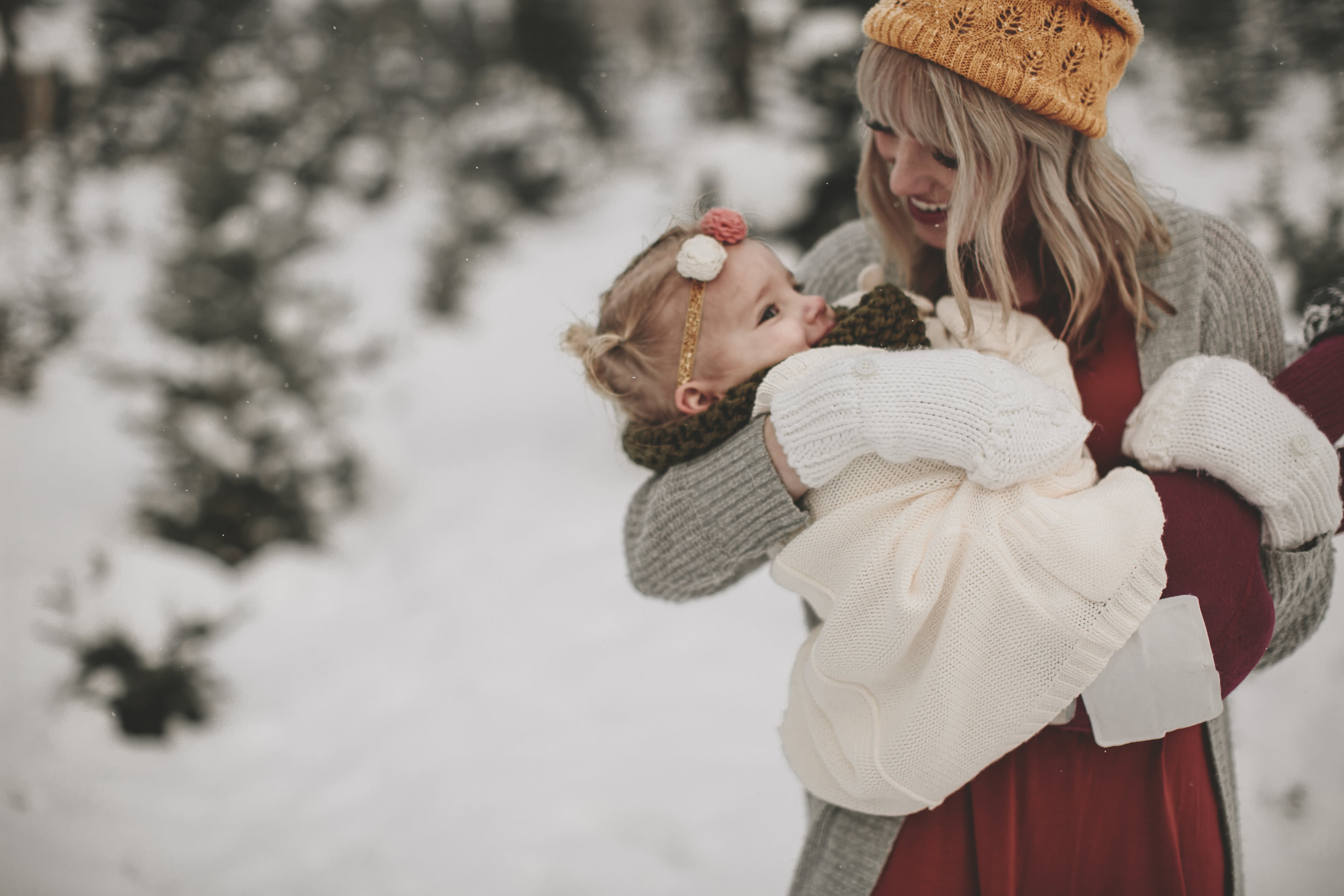 Seriously though, when I initially scheduled our pictures for DECEMBER I wasn’t making the mental note that it would be balls to the wall cold.  I’m not proud of my brain capability some days.  Most would say that’s sort of an obvious deduction but I would say my mind was probably wondering if I had enough time to run by Swig that day.  Priorities.  So when I finally decided to check the weather and saw there was a 200% chance of snow for the day I said, “Bring it”.  Or a more accurate telling would be that I ate a box of doughnuts and cried because I am a whimp when it comes to temperature.  I have approximately a 1.3 degree tolerance threshold. If the temperature goes above – Imma do like Nelly and take off all my clothes.  If it drops below – you better believe I’m bumping the heat up to 88.  Utility bill?  Never heard of it.  So pictures in the snow with two toddlers were a Shark Tank worthy idea in my book. 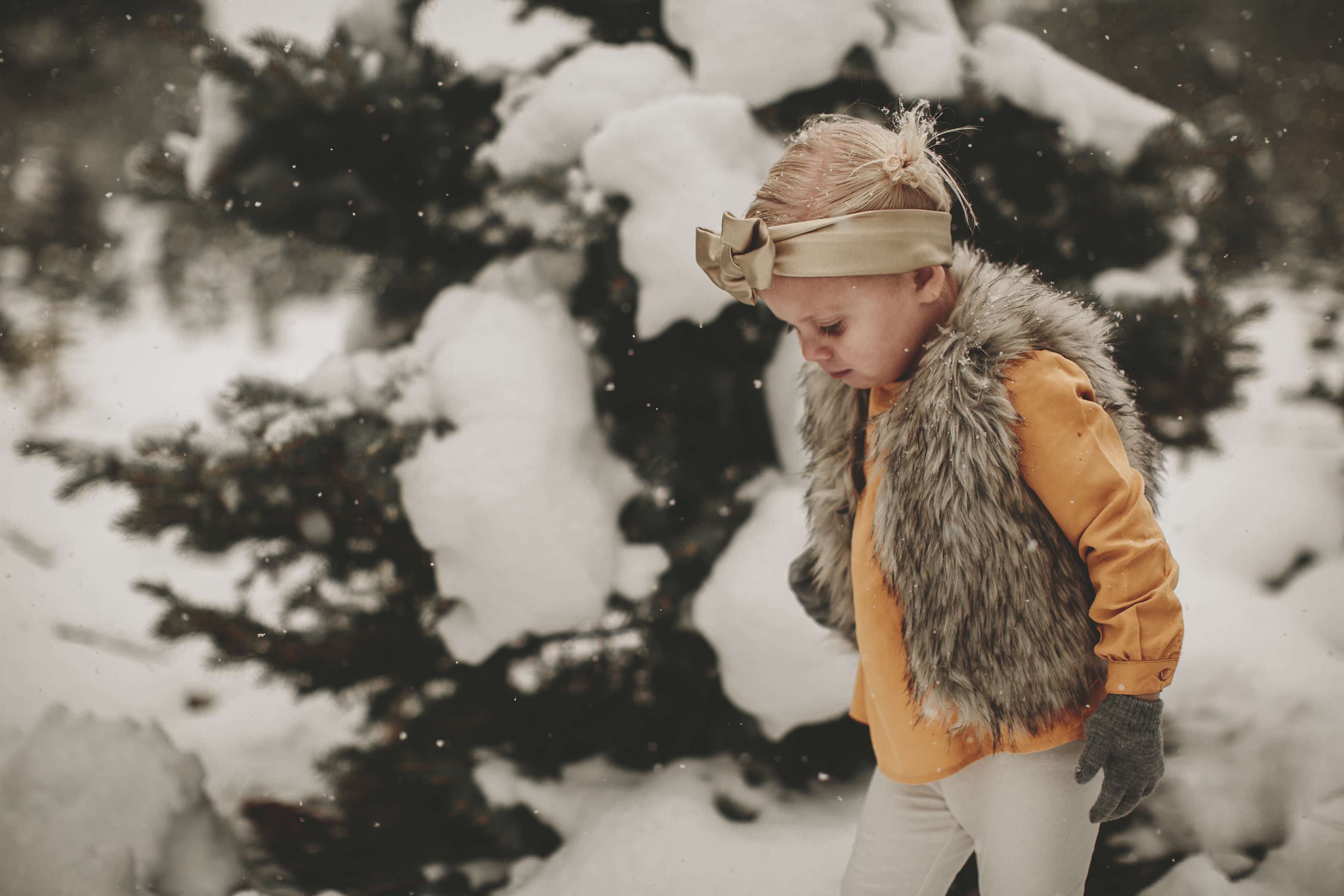 I would’ve been really well off this year though! What is this sad excuse for winter? We saw more snow in North Carolina last winter! I’m really hoping that Santa drops a few flaked on Christmas eve because I am getting sick of the sage brush view out my windows. 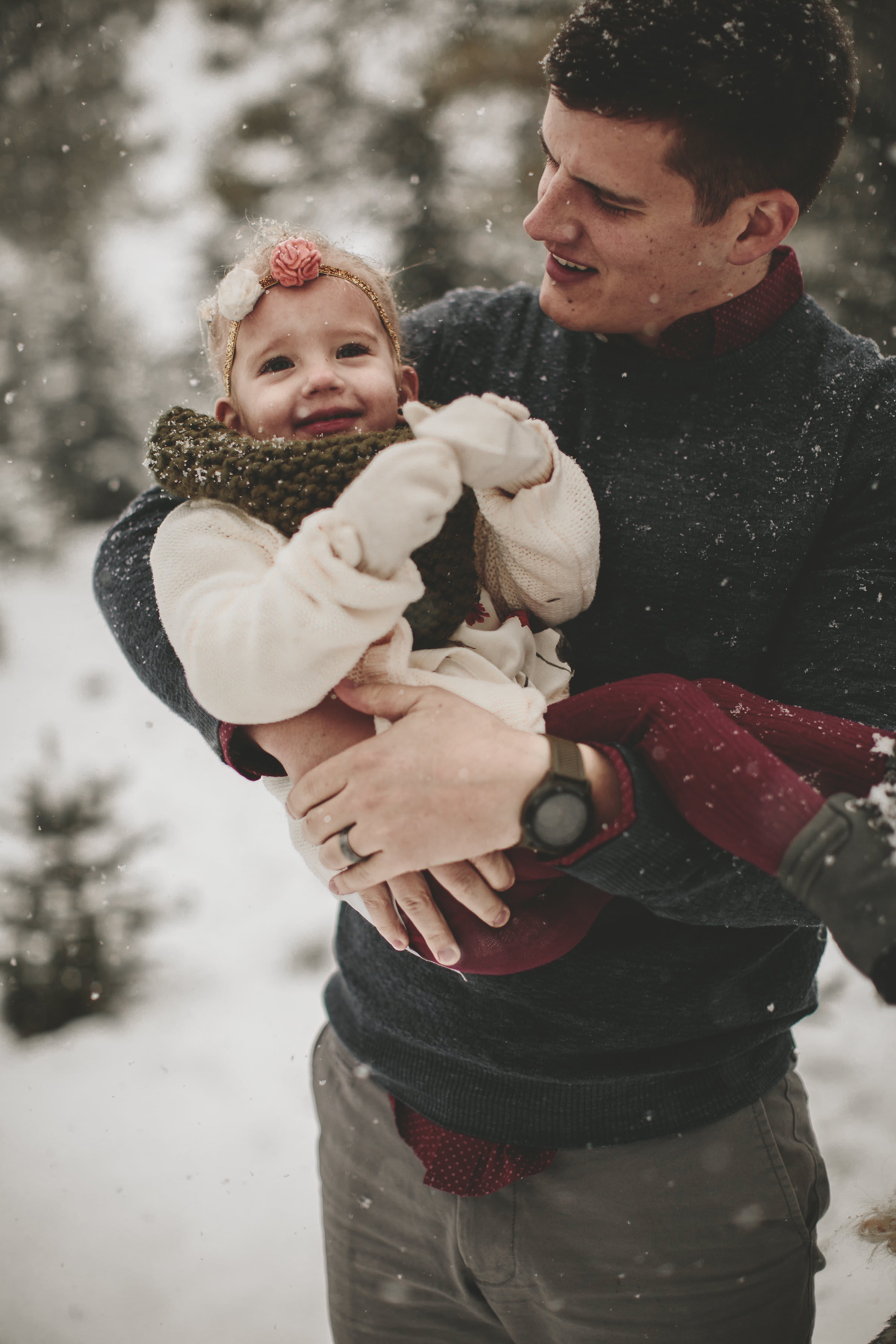 I did, however, have a few grandiose ideas to maintain homeostasis during this Elsa photoshoot that I thought I would share.  (And some terrible ideas that I won’t embarrass myself by revealing) but instead I’ll share some other magnificent ideas that I thought of after the fact in hopes that they’ll help somebody else who may want to take their “winter” family pics a little too literally. 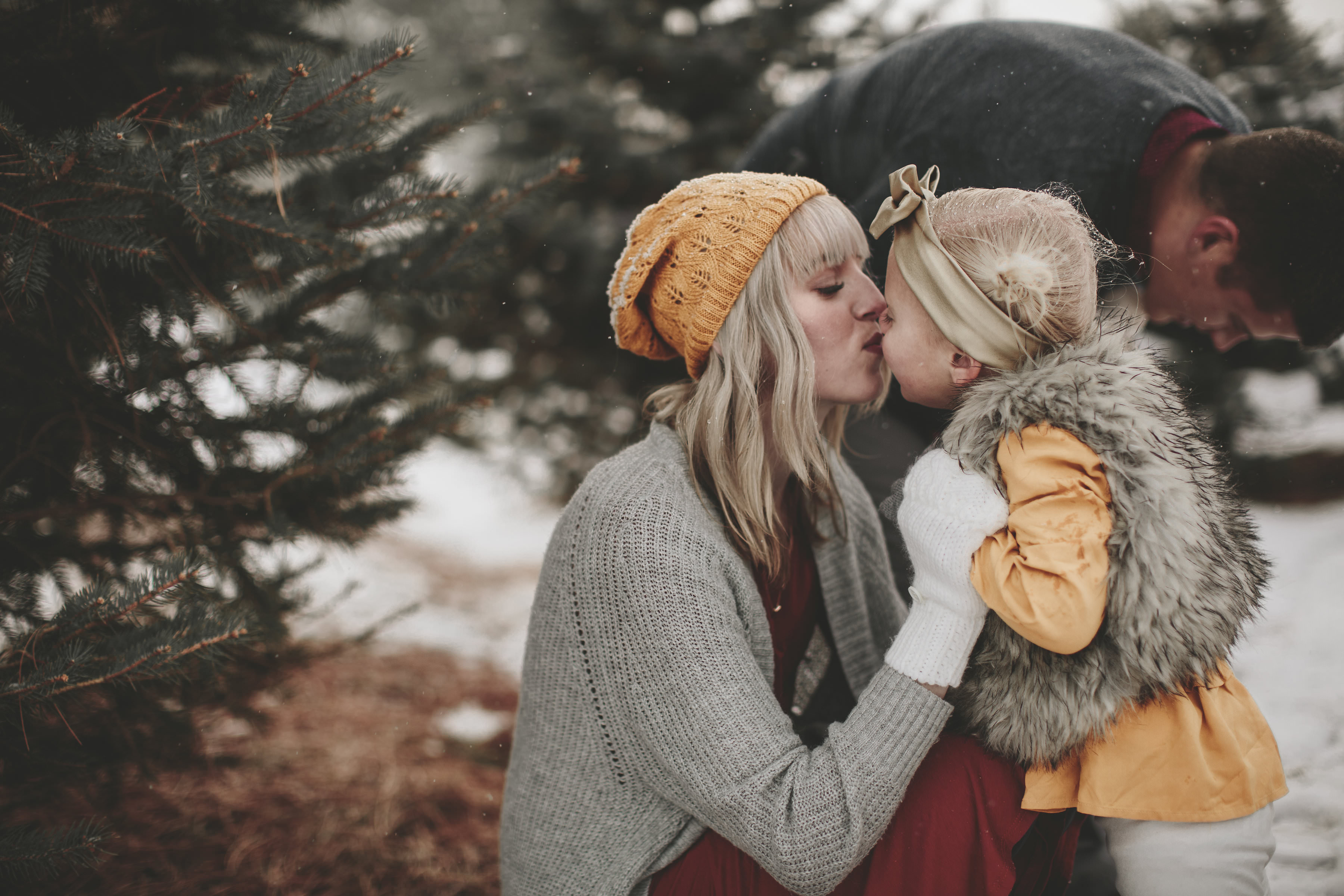 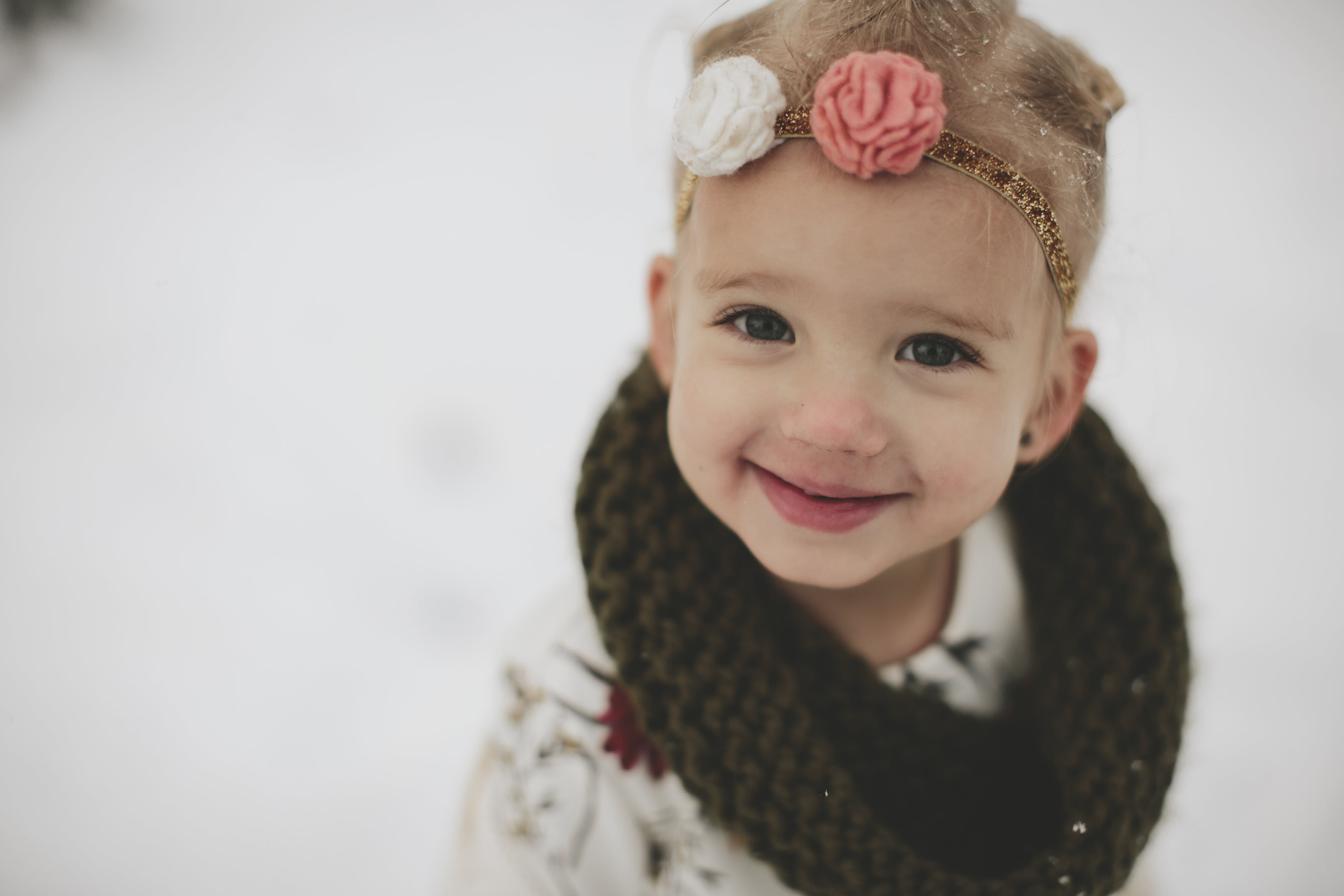 5 ways to survive family pictures in the cold/snow. 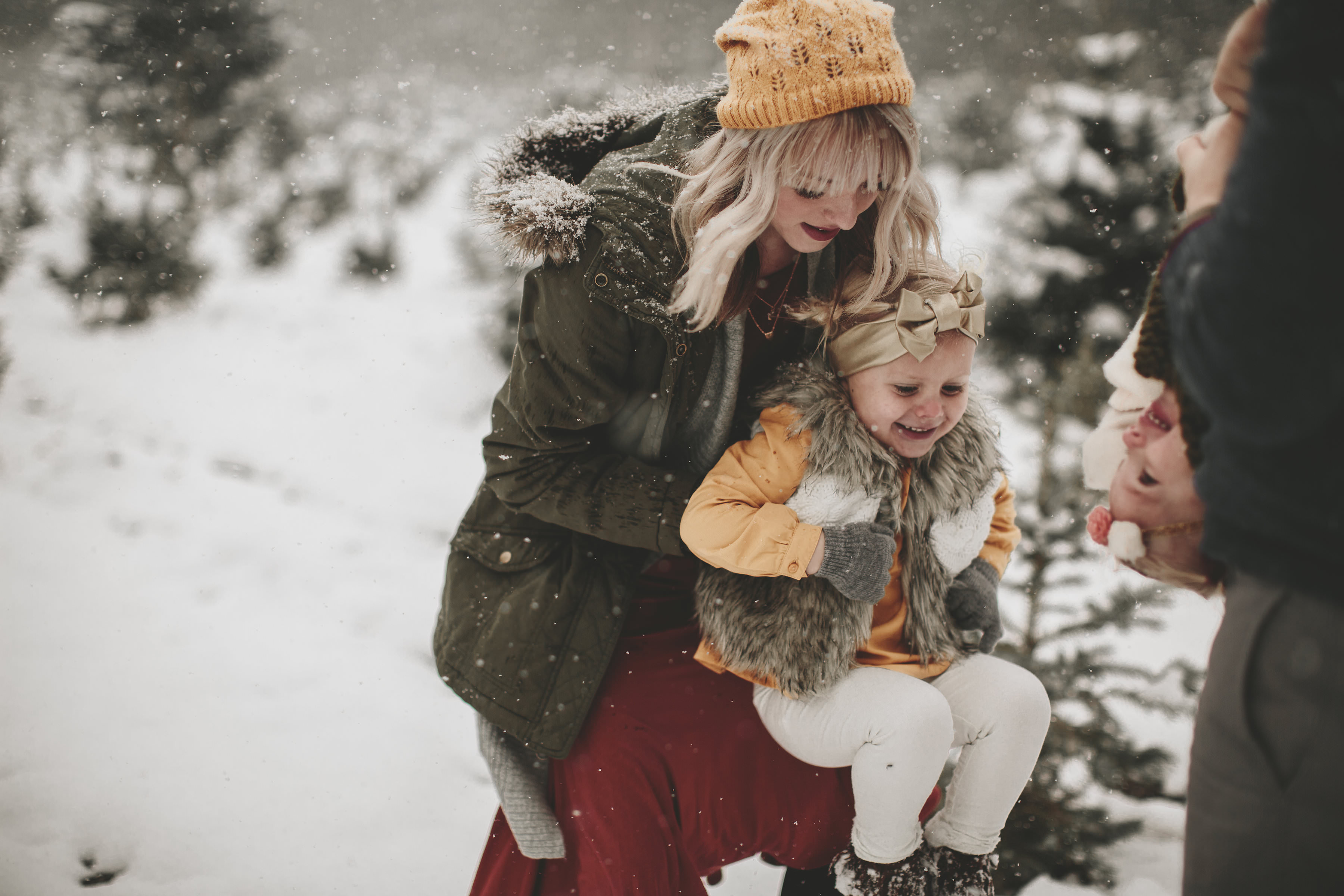 Back to methods of warming the body.  The body warmers they’ve come out with now are genius.  They’re sticky so you can adhere them to your inner most layer of clothing.  You better believe we put that family size pack to use.  We taped them to our bums, our legs, our bellies, our backs, you name it.  And by we, I mean the girls and myself.  My husband is much too cool for such sissy warmth antics.  He’s bad A. 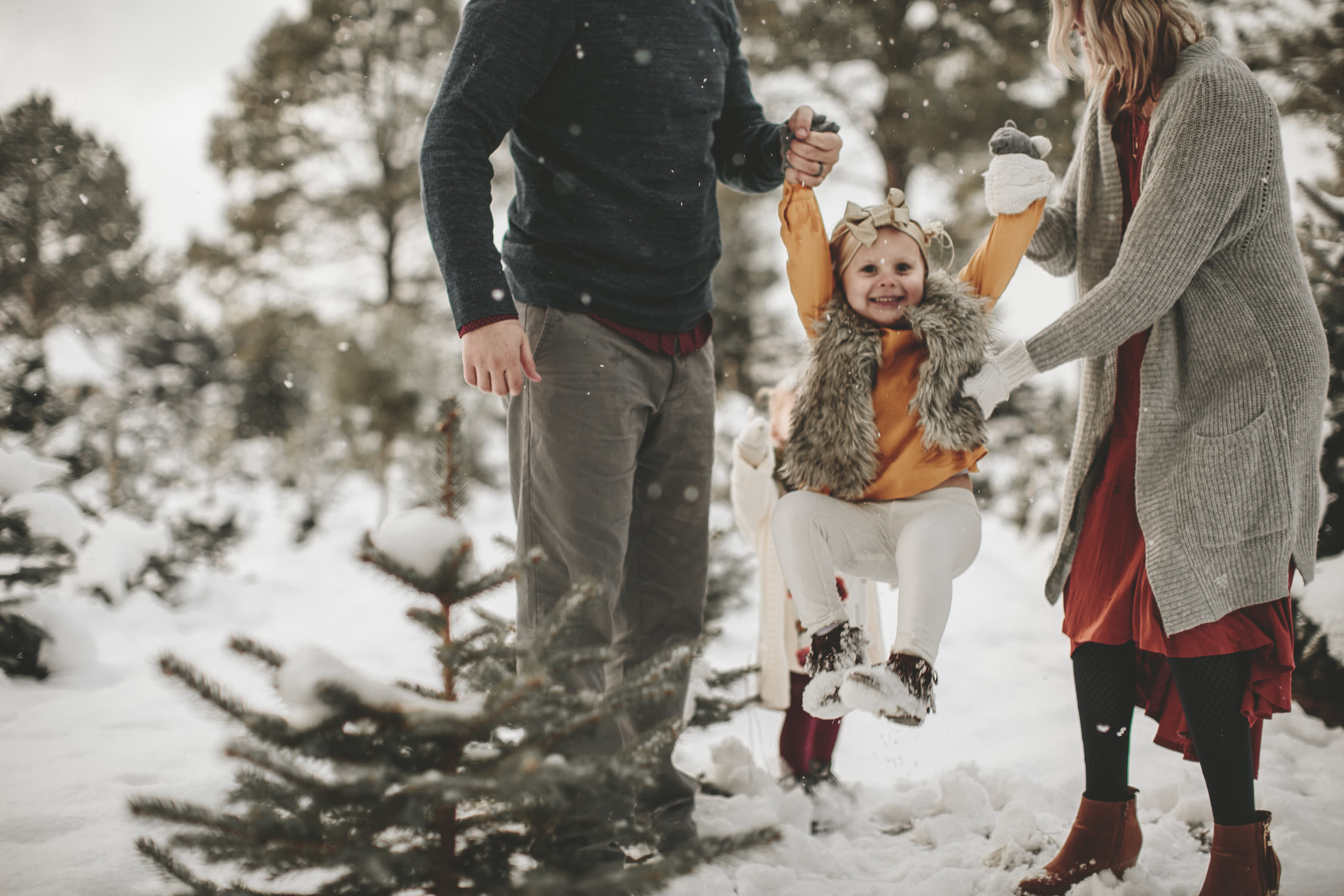 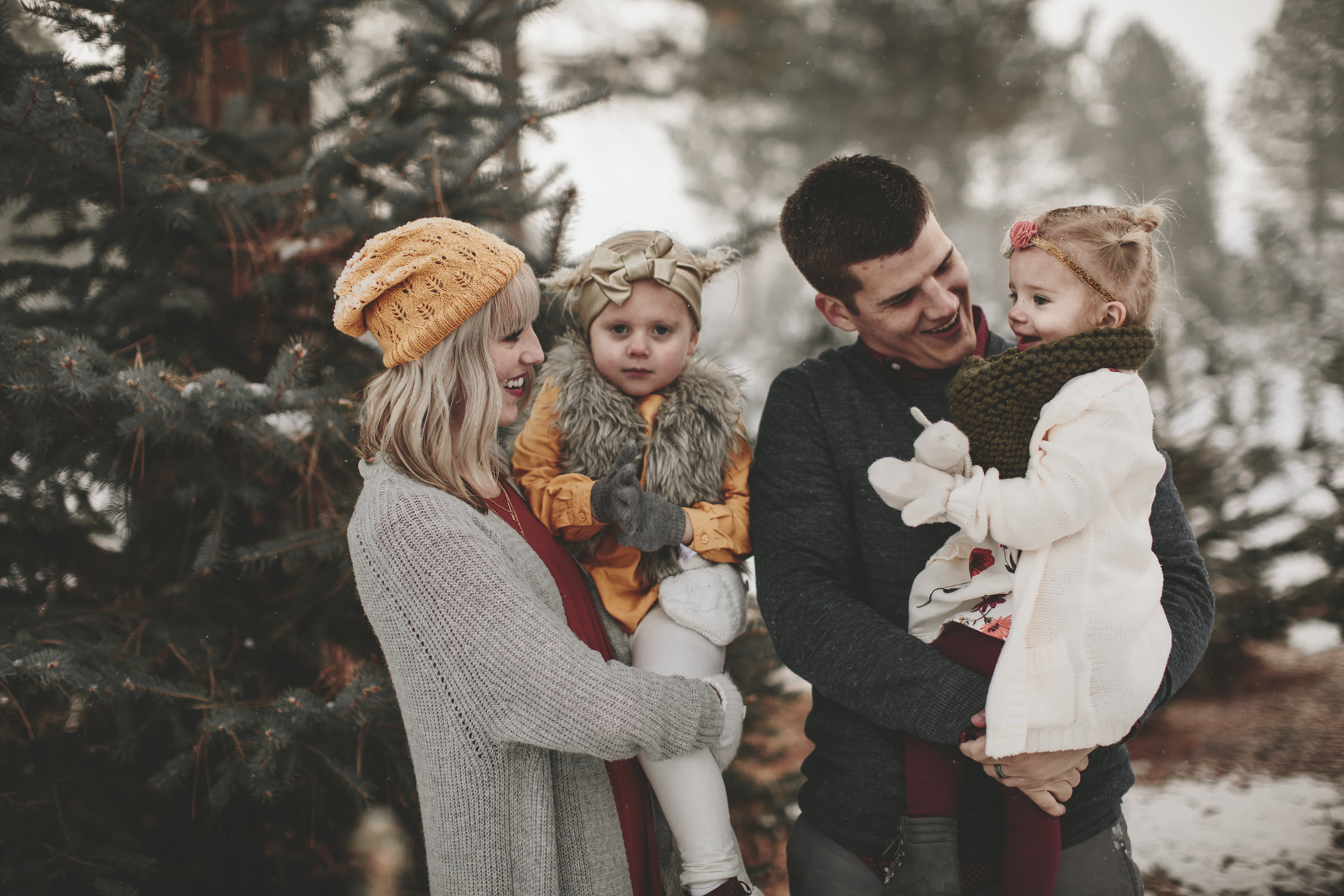 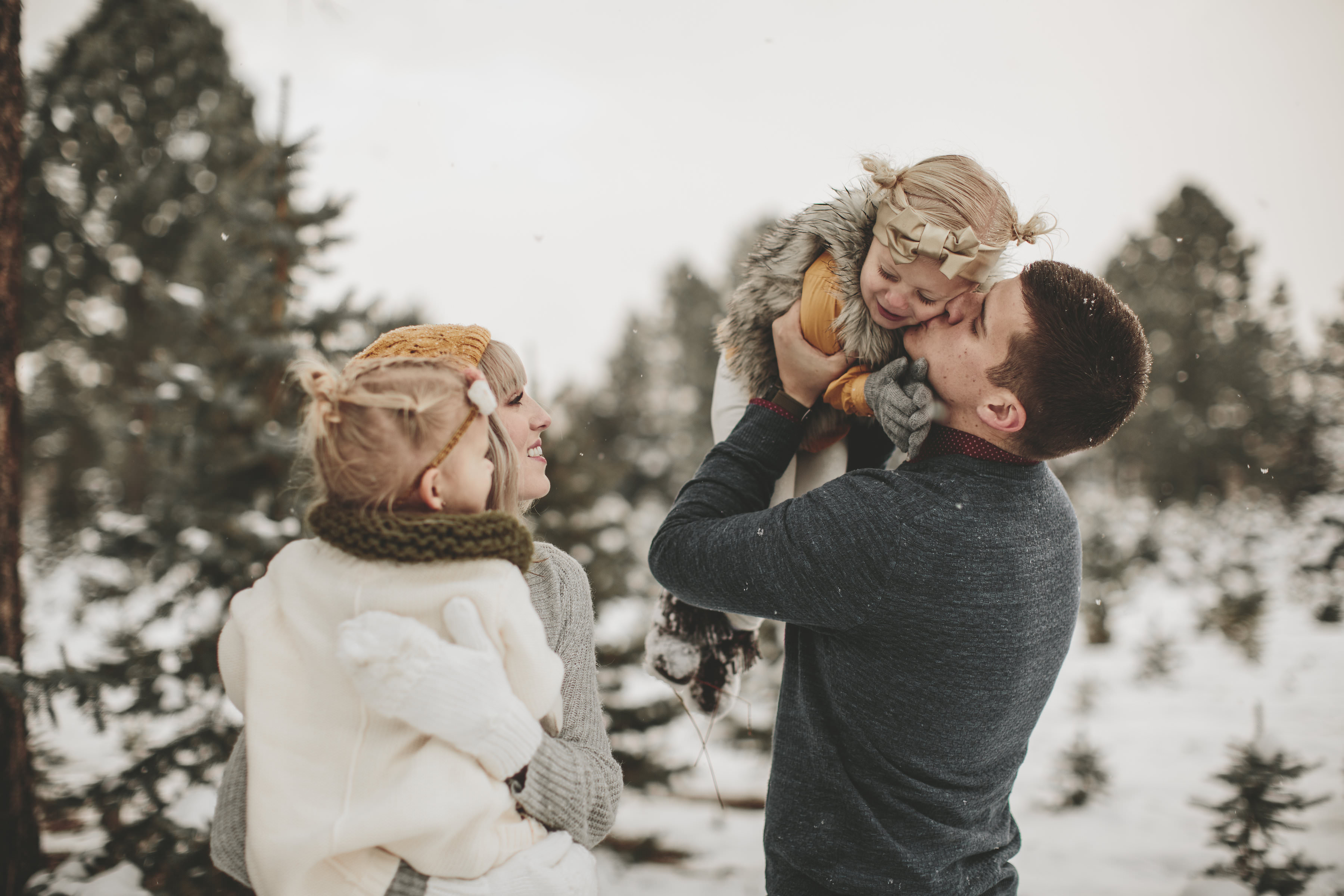 Also, if you’re wondering, tip #5 was brought to you in part by real life experience.  Nora peed her pants during our photoshoot and then it started to freeze to her legs like an innocent tongue licking frost off a flagpole on a December day.  So basically our family session was cut short and you bet your bottom dollar (or twenty) I wish I would’ve put her in a Pull Up. 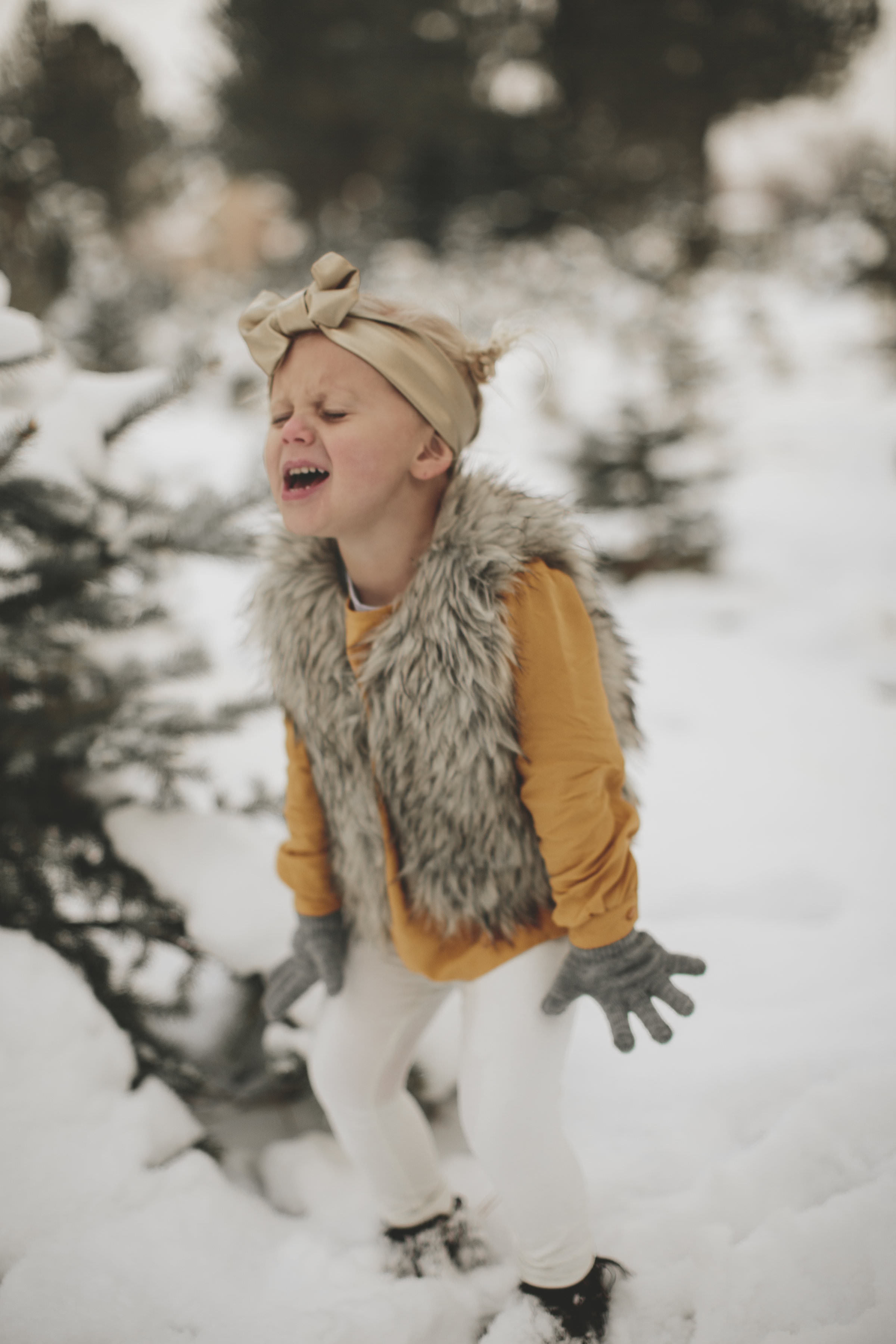 So there you have it.  Learn from our mistakes and get some good photos!  If you’ve taken winter photos, drop a line and tell me how you survived them!  Or tag me in one on Instagram! I would love to see! Thanks for reading folks. 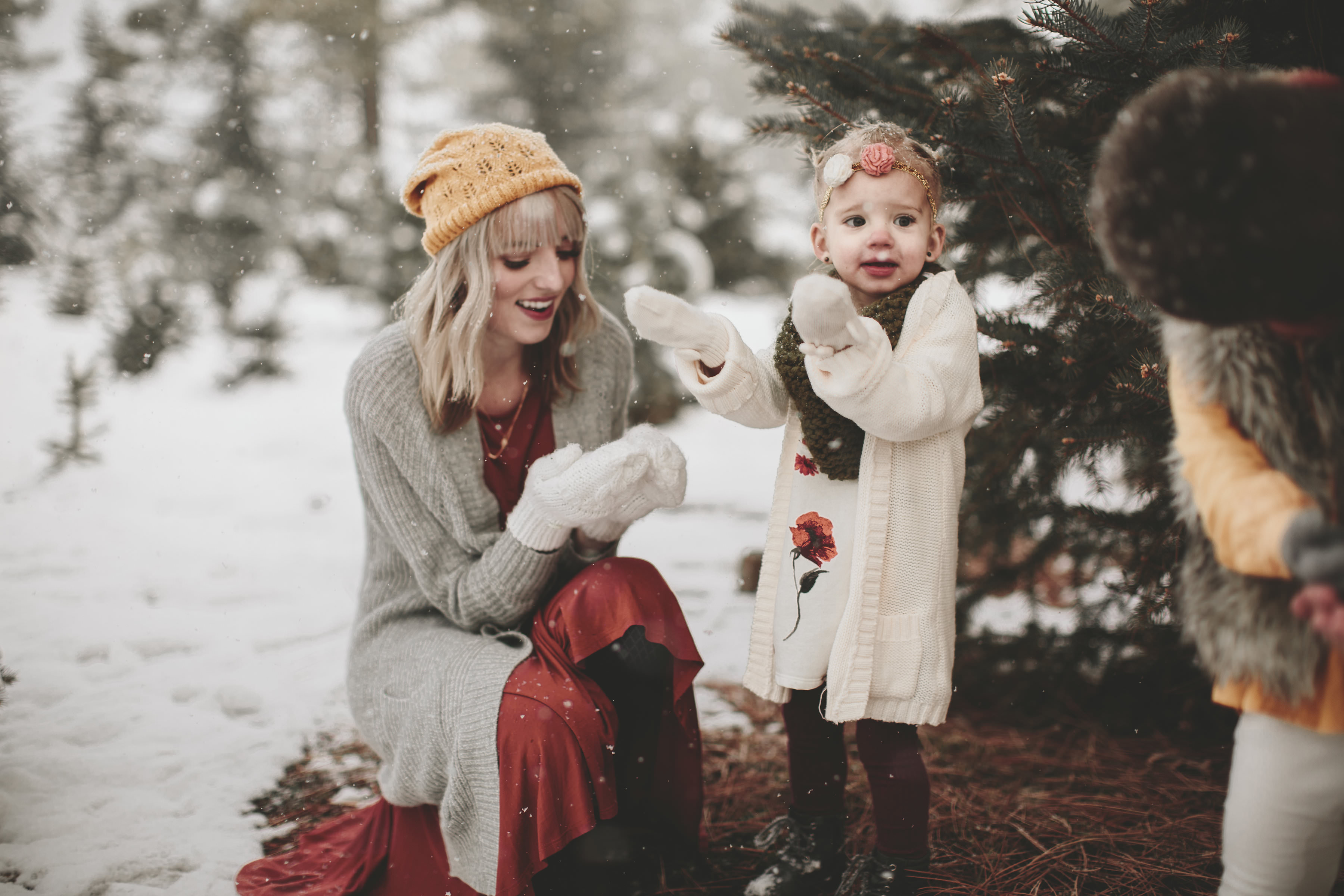